← more from
AnalogueTrash
Get fresh music recommendations delivered to your inbox every Friday. 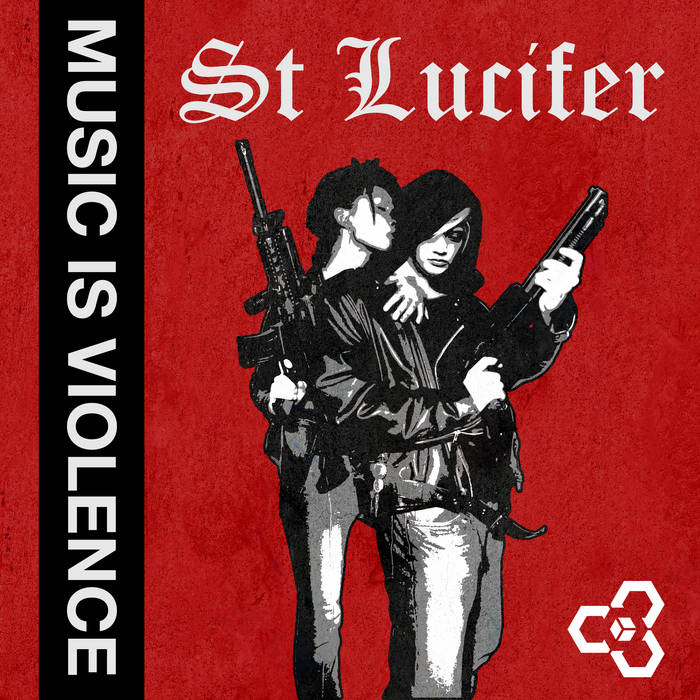 Music is violence/confusion is silence…

…. Or possibly 18 months of violence, confusion, trauma, death, divorce, breakdowns and a line-up change which would have finished most bands and left the remainder quivering in a corner.

To lose one band member - self-styled ‘sartorial percussionist’ Charlie Bergmann - may have seemed careless (poor lad had exams to pass – bless his spandex socks) – but to then lose lead singer Alex Lee to the Isle of Wight AS WELL (long story) might seem pathologically self-sabotaging.

Hang on – let’s go back a few pages. Where did we come in?

Fast forward to December 2017 - following the departure of Messrs Lee and Bergmann - the surviving members felt that the only sensible approach was to engage two female talents to replenish the ranks.

Simple gender calculus: Girls are better than boys. Fact. Deal with it

Lead guitarist Charlotte Winchcombe (formerly of Action Directe/Syd.31) joined at the end of last year’s ‘Electronic Liberation’ tour and was heavily involved in the latter stages of the album recording – replacement drummer Alice Class joined later (post album to be precise) but that’s another story. She’s only just getting started.

Vermin kicks off proceedings – with a sample from B-movie (or, more accurately D-movie) Rats: Night of Terror, directed (badly) by Bruno Mattei and Claudio Fragasso. The ensuing barrage sounds like a cross between Ladytron and Goo-era Sonic Youth with a liberal dash of Electro Psychobilly (Electrobilly?) on top: ‘I love you I love you, I love you, but I want more’.

Crucible (the lead single) follows – and this is probably the most accurate distillation of the aforementioned ‘blackmetalgaydisco’ St Lucifer have written to date. The promo video is probably being banned in several more conservative leaning territories as you read this.

Next up is a quite remarkable collaboration with long-time collaborator poet Emily Oldfield: Walk Slowly Towards Her is simultaneously fragile and terrifying – relentlessly rhythmic yet sounding like it’s teetering on the very edge of imploding: ‘Do you want to die in a red room?’.

If you hadn’t gathered by this point Music is Violence is an album which pulls very few punches.

It’s also a record which (despite its somewhat torturous genesis) showcases a band growing in confidence – solid, brash and painting with a much wider palette than their heads-down/no-nonsense self-titled debut.

Live favourites No New Gods and Forward are blast-beat explosions of electro-punk-metal, but part of the album’s appeal is the rollercoaster running order which positions them next to spoken word/broken beat narratives like Dark Matter (featuring poet Neo_101) and the truly remarkable Six Bathyspheres (I’ll Never Get Used to This).

The pop-perfection end of the spectrum is addressed via the (insanely catchy) title track – which piles on a thousand tracks of guitar, a string section, vocoder, a freeform rap in two parts and a kitchen sink borrowed from Trevor Horn at ZTT in 1984. Probably.

Part of the eclecticism is derived from the broadening of song writing within the band – All Lines Lead Forward for example, is actually based on a song written almost 20 years ago by original members David Fox (now taking on the majority of lead vocals) and bassist/technician John Mitchell.

Suffocate and second single Raise The Dead (the latter featuring the vocal talents of Still Forever’s Amy Griffiths) hark back to the distilled guitar and synth driven writing of their earlier work – while Relapse and the aforementioned Six Bathyspheres are staggeringly personal and revealing regarding the stories and traumas which brought the band to the point they now find themselves in.

It’s the closing track Gone though that finally draws the whole patchwork together – Drop-D Drone Metal – it literally forces itself down into the subterranean doom space somewhere between early Black Sabbath and latter-era Melvins – and then piles on the guitars. And the drums. And more tracks of everything else than anything else you’ll hear this year.

Indeed, it transpires the band were referencing ‘Cop Shoot Cop’ the closing track on Spiritualized’s 1997 classic – which ended up as two completely different mixes – one in each speaker – simply to try and contain the sheer volume of sound and ideas the band had committed to tape.

Music Is Violence may have been the dictionary definition of ‘difficult second album’ during its writing/recording - yet the finished product is quite the opposite: Anthemic, eclectic, catchy and very VERY loud.

The album is officially released on the 23rd of November 2018 via Manchester label AnalogueTrash. It’s available in digital and cassette editions, with an extremely limited crowdfunded 12” vinyl release also in the works.

All songs written by Alex Lee/David Fox except

Emily Oldfield: Vocals on ‘Vermin’ and ‘Walk Slowly Towards Her’
Neo_101: Vocals on ‘Dark Matter’
Still Forever: Vocals on ‘Raise the Dead’
Laura Palmer for Visual Trashorama
Strings on Music Is Violence: Feral Accessories
Choir on Gone: Withholding for Montreal

Produced and mixed by Lucifer X, Mastered by Christopher Gurney
Sleeve design by Jack Leeson (Jack of Arts), concept by Whores In Motion

With special thanks to AnalogueTrash, Valentine Records (and all who sail in them), Beat:Cancer, Anna & Jamie, the Salford Social Club, Alice Class and Mickey Strangeways.

Nightmares on Wax and Bremer McCoy stop by with their sublime new LPs.