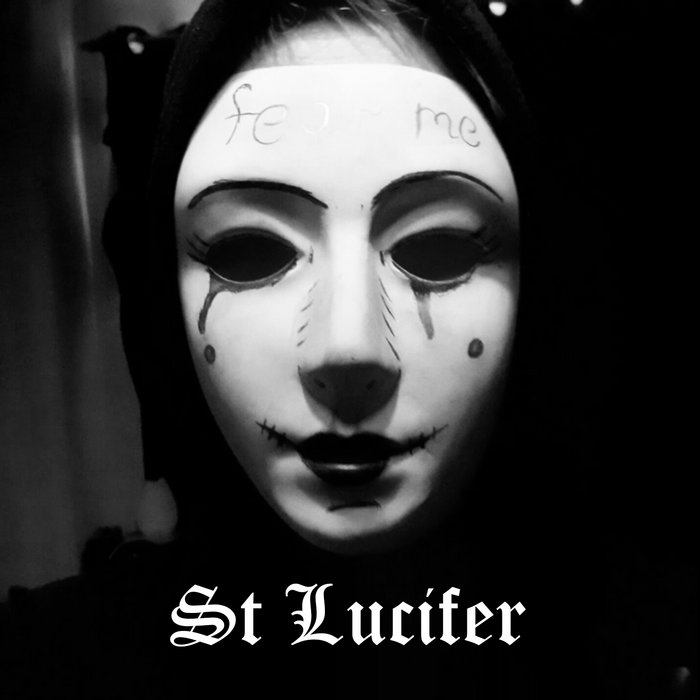 Manchester’s St Lucifer have announced their third full length album – Deathcrush Palare – due for release in early 2021. The ever-evolving, ever-dynamic Manchester four-piece tease us with the first of two preceding EPs; FutureNoisePsychology.

Recorded in lockdown and much more 'outward' looking musically and lyrically than 2018's Music Is Violence, FutureNoisePsychology is a tight, concise, diverse and forward-thinking four track EP from AnalogueTrash’s cornerstone #BlackMetalGayQueerDisco act.

Lead track Sirens is a big, bold departure for the group, featuring a harpsichord and some of the most memorable hooks the band have ever produced. Speaking of Sirens, founding member David says:

“The lyrics are painfully poignant for me, after assuming the ‘not quite planned' role of lead vocalist. Alice Class and Ashleigh Talbot provide the most expressive rhythm section combination to date; with thumping toms and melodic five string bass flourishes throughout the song. Meanwhile our long-time collaborator Amy Griffiths (aka Still Forever) provides alternate waves of lush and abrasive synth patterns, not just on Sirens, but across the course of the EP.”

As well as the anthemic Sirens, St Lucifer add to their arsenal of off-kilter cover versions with a post-punk, motorik take on The Gun Club's Sex Beat; while Beyond the Collapse is probably the most familiar-sounding to longstanding fans of the band. “It’s a classic St Lucifer electro-punk workout, confident and brash with a Jello Biafra sounding lead vocal,” muses David.

Rounding off the EP is a dancefloor-friendly remix of previous single Razor by labelmate and synth maestro Ricardo Autobahn of Spray - a track released just 9 months previously, yet in this strange, unsettling post Brexit/Covid world it feels almost a lifetime ago.

“FutureNoisePsychology feels aptly titled. As an EP we feel it showcases a revitalised band ready to push forward, one with a new album waiting in the wings for release in early 2021,” sums up David.

The video for Sirens, created & directed by Ashleigh Talbot and Nadia Castle has a more narrative structure than some previous St Lucifer videos, and plays on themes of isolation, mental health and moving forward after trauma. On the video, Ashleigh says “we wanted to create a sense of claustrophobia but move consciously away from it, so it feels more open as the video ends”.

All tracks written by David Fox except 2 written by Jeffrey Lee Pierce
Produced by Lucifer X, additional production and remix on 4 by Ricardo Autobahn
Mastered by Chris Gurney
Cover image from the Sirens video directed by Ashleigh Talbot and Nadia Castle